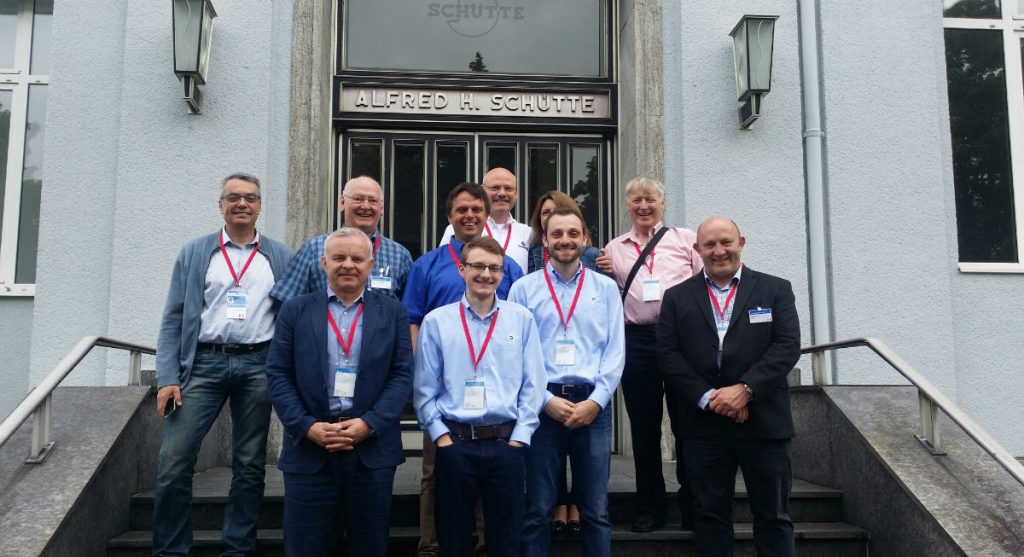 The PTMA is the Irish arm of S.I.D which represents the precision turned parts industry here in Ireland. Mann Engineering are members of the PTMA and Rolf has been a member of the PTMA executive for a number of years.

It is important from our point of view to stay abreast of what is happening in the precision turning industry worldwide and this conference gives us that opportunity. We learn from our colleagues in other countries, whether that is in relation to new technological advances in Lathe and machining technology, what affect 3D Printing and additive technology will have on our industry, or for example learning more about the CNC machining training program which starts in Secondary schools in Sweden or the advancement of apprenticeship programs in Germany, plus the company visits allow us to benchmark ourselves against what is seen as the best in class worldwide, when it comes to CNC machining.

The SID has three main missions:

• Facilitate communication between the various countries and the members constituting these organisations,
• Share on common issues and to consider how to treat all
• Share and compare economic data of each member country
• Put together members holding biannual meetings
• Promote friendship and understanding between people of different nationalities engaged in activities falling under the same profession in the world

An international conference is held in turn every 2 years to visit businesses, make comparisons on the economics of cutting in each member country. Ireland will take over the Chairmanship of S.I.D after this conference, with the next conference to be held in Ireland in 2018

The conference is divided into two parts, the first of which is the congress meeting, which will comprise of Presentations and discussions, on Machines and Tools, Materials and Supplies, Customers and Competition, Management and Staff, Material Costs and Business Conditions and also Economic and Association Reports by the different Countries.

The second part of the conference comprises of visits to local precision machining facilities. These visits are taking place in The Bergisches Land (Country of Berg or Land of Berg) and the Sauerland, which are two regions within the state of North Rhine-Westphalia, where many small and medium sized metal working companies – most of them family run similar to Mann Engineering– who have built up their businesses (turned parts, locks and fittings, tools, automotive parts, etc.) for generations.

The companies being visited are Alfred Schütte, Hugo Karrenberg, Robert Schröder in the Sauerland region and Julius Klinke, and Wilhelm Schauerte in the Bergisches Land region.

Cologne is Germany’s fourth largest city (after Berlin, Hamburg and Munich), and is the largest city both in the German Federal State of North Rhine Westphalia and within the Rhine-Ruhr Metropolitan Area, one of the major European metropolitan areas with more than ten million inhabitants.

Cologne is located on both sides of the Rhine River. The city’s famous Cologne Cathedral (Kölner Dom) is the seat of the Catholic Archbishop. The University of Cologne is one of Europe’s oldest and largest universities. Cologne was founded and established in the first century AD by the Romans and was the capital of the Roman province of Germania Inferior and the
headquarters of the military in the region. Cologne is a major cultural center for the Rhineland. It is home to more than thirty museums and hundreds of galleries. Exhibitions range from local ancient Roman archaeological sites to contemporary graphics and sculpture.